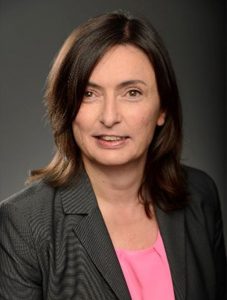 Leader of Cultural Transformation and Talent Management in PeopleMatters

Camilla Hillier-Fry is a partner of PeopleMatters, a person management consulting firm that carries out projects in Spain and other countries in Europe, as well as the Middle East, the United States and Latin America. She leads the areas of Cultural Transformation and Talent Management in PeopleMatters. She also advises companies in the industrial sector (Mondragon Group and Gestamp Automoción among others) as well as clients in the pharmaceutical, consumer, retail, banking and services sectors. Hillier-Fry has worked in several international consultants, as well as in the Human Resources Directorate of Marks & Spencer in Spain and the United Kingdom.

She is a professor at the Carlos III University of Madrid (HR Effectiveness) and an associate professor at the Institute for Stock Market Studies (HR Global Management), she has also been an associate professor at IE, Instituto de Empresa (Master of Human Resources) for 10 years. She graduated from the University of Oxford (U.K.) in Modern Languages, Executive MBA (ESDEN, Madrid) and PDG (General Management Program) by IESE-University of Navarra. Camilla speaks English, French, German and Japanese in addition to Spanish; she has lived and worked in Europe and Asia.

She is a regular press collaborator and speaker at business schools and management conferences. Coordinates the report on “Talent Management and Brand for the Internationalization of Spanish Companies” (2017) with data from 95 companies, prepared with the Forum of Renowned Spanish Brands. She previously directed another study on “International Management of Human Capital in Spanish Companies” (2013).