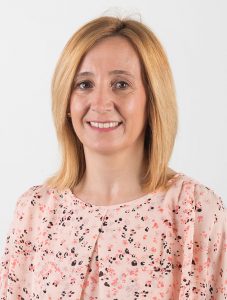 After a brief working experience in the Technological Centers of the University of Valladolid and later in RENFE, developing tasks of Product and Process Engineering, she began her career at Nicolás Correa, SA, a Machine Tool company where she has developed practically her entire career . In Nicolás Correa, she has directed all the technical areas of the company until she ended up in senior management.

In 2017, she was appointed Managing Director of the Nicolás Correa Group, after working four years at the General Management of the Group’s parent company.

Currently, she is part of the Board of Directors of all the Group’s companies, as well as being a Councillor of AFM, the Spanish Association of Manufacturers of Machine Accessories, Components and Tools, and of FEMEBUR, the Metal Federation of the province of Burgos.