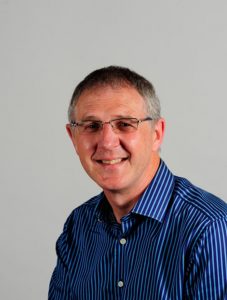 Researcher and Professor at the University of Nottingham

Phill Dickens is Professor of Manufacturing Technology at University of Nottingham.

He started working in the area of Rapid Prototyping in 1990 and was a pioneering researcher in this field initially working on processes such as 3D Welding and using copper coated Stereolithography models as electrodes for EDM.  He founded the world’s leading Additive Manufacturing Research Group in the early 90’s leading various research projects into Stereolithography, laser sintering, jetting and Ultrasonic Consolidation. He secured an international patent for a Stereolithography build style which became known as Quickcast 2.0 which is still being used. Dr Dickens has led international government missions, published widely, given a number of international keynote speeches and many of his former PhD students are now leading work in this area.  He was the first recipient of the International Freeform and Additive Manufacturing Excellence (FAME) Award in 2009. More recently he wrote a section on the UK Government’s Foresight report – The Future of Manufacturing: A New Era of Opportunity and Challenge for the UK. He is also a member of the Steering Group for the UK strategy for Additive Manufacturing.