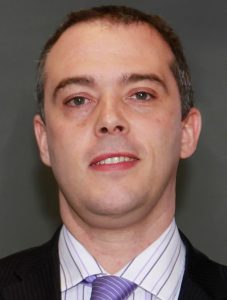 Jorge Posada is the Deputy Director of Vicomtech Technology Center in Donostia since 2001, and President of the international GraphicsMedia.net network based in Kaiserslautern, Germany. He has a PhD in Engineering and Information Technology from the Technische Universität Darmstadt (Germany) and an Executive MBA from the IE Business School (Spain). Before joining Vicomtech for its launch, he was a researcher from 1997 to 2001 at the Fraunhofer IGD Institute (Darmstadt, Germany) in the Industrial Applications and Interactive Engineering Technologies department, working with companies with international projection such as Daimler-Chrysler, Hewlett-Packard, ProSTEP, etc. As Deputy Director of Vicomtech, he coordinates the center’s scientific-technological strategy and strategic bets on priority lines such as Visual Computing & Interaction, and Artificial Intelligence.

He has been a member of the Executive Committee of the Advanced Manufacturing Pilot Group of the Basque Country (which currently coordinates the Digital Innovation Hub of Euskadi), the Scientific Advisory Committee of the Basque Council of Science and Technology, the Board of Directors of the GAIA Cluster, and others similar organizations, and regularly participates in different forums and presentations related to Industry 4.0 and Artificial Intelligence. He has taught in several editions of the Program in Industry 4.0 of the University of Deusto and in other similar programs. Jorge Posada is a current member of the Editorial Committee of the International Journal on Interactive Design and Manufacturing (Springer) and the Journal Multimedia Tools and Applications (Springer).