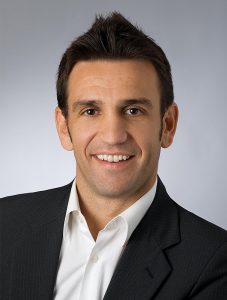 Xabier Egurbide has a degree in Business and Marketing from the University of Hertfordshire (UK).

His professional career began in the United States where he worked for the Massachusetts Water Resources Authority and later for Millward Brown International, as Global Project Management Executive.

After the 5-year stay in the United States, he returned to Euskadi in 2001 to join the Danobat Group (MCC) where he worked as Commercial Director in one of the group’s companies and subsequently assumed responsibility at the group level to establish Danobat Group India.

Since April 2010, he is the Commercial and Marketing Director of Createch Medical. After the purchase of Createch Medical in 2018 by the Swiss multinational of dental implants Straumann, Xabier Egurbide combines its functions in Createch with others at the Straumann Group level as Global Head of planning and Design services.